What Is The Best Natural Worm Bedding? My Vote is For Horse Manure! 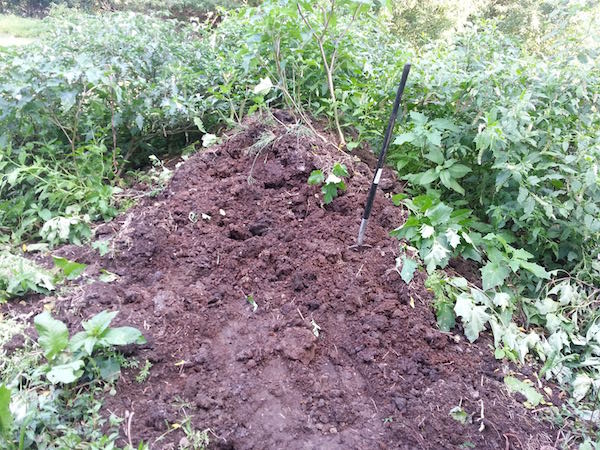 Hands down, I think aged horse manure is the best natural bedding and habitat for composting worms.  Red Wigglers have many names, manure worms being one of them….maybe an indication horse manure might be pretty awesome, no?  Not convinced?  Read on.

2020 Update: Be wary of the possibility of persistent herbicides in horse manure. Hay farmers often use highly effective anti-thistle herbicides that will not break down in either the hot composting or vermicomposting processes. These are deadly to certain vegetable crops.

One of the best reasons you should use horse manure as a medium is that it acts as bedding and a ready source of food.  Unlike a straight peat moss habitat, you can head out for vacation knowing you've just provided your guys or girls (or “guygirls” since worms are hermaphroditic, right?) a sweet place to hang out AND eat.  Kind of the worm equivalent of wheeling your BarcaLounger, widescreen LCD, and NFL Sunday Ticket into the Old Country Buffet.  Now if vermicomposting your kitchen waste is your objective, you'll be using it more as a bedding than munchies, but that shouldn't keep you from listing horse manure as the #1 bedding for your system.

Period.  If it does, it's not aged enough, is still off-gassing ammonia, or it's mixed with something else stinky.

Another reason is that it's free, assuming you don't go to great expense to collect it.  Though I'm only a few minutes from Philadelphia, I have a small farm and children's petting zoo within a 5-minute walk from my house.  Lucky, right?  (Even luckier that the owner doesn't care when I stop by for a load.)

And I suppose you wouldn't mind free worms with your free manure, right?  Seriously, my last load of horse manure probably had $60-80 retail value in Red Wigglers, more than paying for the cost of renting the truck from Home Depot.  And those worms in there have been getting it on with other worms, making little babies along the way, something you probably won't even notice from the end of your shovel.  In fact, I'm reserving one of my beds for an experiment to see if a bed of horse manure will populate itself into a dense population within a year.

If you take your worm fetish (that's what my wife calls it) beyond the confines of an Urban Worm Bag or Rubbermaid bin, dumping a load of horse manure in your container, bed or windrow will save you mucho time and hassle in shredding cardboard, egg cartons, newsprint.

But before you run out for your horse doody, follow a couple basic guidelines.

Now the next step is finding your source.  And you won't need much.  In fact, if you've ever seen a parade, you've seen a horse drop a pretty impressive load right in front of you.  Just a single horse's, um, “output” will give you more than you need.  It's just a matter of having the courage to ask to take it.

Got any input on your favorite bedding?  Think horsepucky is horsepucky?  I'd love to hear it in the comments below.