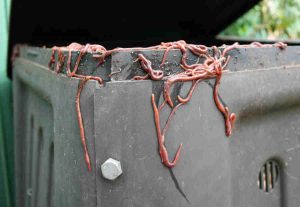 Image courtesy of the wormcompostinghq.com

First of all, congratulations!  There is simply no other form of recycling that comes close to it. Vermicomposting is efficient on a small, household scale, insanely healthy for the environment and, get this . . . it’s addicting.

If you’re like I was, you want to hop online and order a couple pounds of these eating machines and get started, pronto. While I’d love to take your money and send you some red wigglers right now, I want you to tap the brakes a bit.

There’s one important step standing between you and wasting your money.

If all I did was sell online, I probably wouldn’t even think about this potential problem because the transaction is very simple:

But I’ve been getting a greater proportion of my customers by phone looking to pick up locally,  a “happy accident” in the words of PBS painter Bob Ross. The personal contact allows me to gauge the level of knowledge of the customer and get to know their specific situations.

80% of these customers are brand new to vermicomposting, which I love.  But 80% of that 80% have not yet prepared their bin.  (Enter the sound of screeching brakes.)  And this is where I knowingly risk the sale by spending time explaining why doing that is more important than ordering the worms at this point.

So dear budding vermicomposter, while I would love to take your money, I would rather make sure you start out the right way.

There’s a difference between a house and a home.  A house has walls, a roof, doors, and windows.  But only a home has a stocked refrigerator, closets full of clothes, pictures of your kids, and of course all those Barry Manilow CDs. Without these things, you won’t want to stay there.  And if your worm bin isn’t a home, then your worms won’t want to stick around either.

Why Do You Even Need The Bin?

Let’s think about this for a second.   Worm bins serve to: 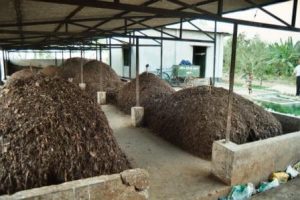 If you didn’t need the above benefits,  then you could just pile some bedding, food, and your worms on the living room floor and they’d be happy.  These piles, also called windrows (pictured at left), are effective methods of both vermicomposting and vermiculture, yet feature no walls, ceilings, or armed guards to prevent a jailbreak.  The worms stay in the windrow because they are content, not because there’s no other option for them.  (Speaking of jailbreaks, the image of worms escaping above is courtesy of Henry over at www.wormcompostinghq.com)

So a well-prepared worm bin is defined by worms wanting to stay rather than one where they simply can’t escape.

So What Makes For A Good Worm Bin?

In short, a hospitable worm bin has plenty of proper bedding, appropriate moisture in the 60-90% range, and a “living” environment where a microbial population is thriving.

So please heed this advice and postpone your worm purchase until you’ve prepared a proper home for your new friends.  Give yourself two weeks to do this!

1)  It Gives Time To Get The Moisture Under Control

A top nemesis of beginning vermicomposters is improper moisture control, especially if they’re going with a plastic bin.  And you’re probably not going to get it right the first time.

Unless you have access to aged horse manure (which I highly recommend) or peat moss, your most immediate source of bedding is going to be shredded paper or cardboard, which you are going to need to soak.  Thoroughly.

If you’re impatient like I was and interpret “soak overnight” as “soak for 10 minutes,” you are not going to saturate your bedding evenly and you’ll end up with areas of wet bedding and spots of very dry bedding. So I definitely didn’t get it right the first time.

You may make a different mistake in the other direction, but if your bin has no worms in it, then no harm, no foul.

So take your time, thoroughly soak any dry bedding, wring it out, place it in the bin and check its moisture level daily for a couple weeks.

If you see condensation forming on the inside your bin, that could be an indication things are a little too wet.

Add some dry bedding or leave the bin uncovered until the bedding has the consistency of a wet sponge. If you take a handful of your bedding and can’t squeeze out a drop of water, then you might consider using a spray bottle to wet things down a bit.

It’s going to be much better to get this under control ahead of time rather than try to do it on the fly with a live population living at the mercy of your moisture-keeping skills!  Note:  Most of your food waste is going to be mostly water weight.  You may find you can keep moisture in that 60-90% range without ever needing to add water.

The need for a microbially-active environment is by far the most important reason to take my advice.  While the topic of microbes requires its own chapter (which I don’t have the chops to write), just know this: Worms don’t really eat your food so much as they eat the microbes that form on the food as it decomposes.  Throw a new apple in a worm bin and come back the next day.  You’ll find a day-old apple with little interest from the wigglers. Throw some aged pumpkin in a worm bin and expect to see what looks like an worm orgy.

It doesn’t matter if your “bin” is a Rubbermaid or Sterilite bin, a 5-gallon bucket, or a Worm Inn or Worm Factory.  It is going to be sterile until you grow or introduce a source of microbes.
“But Steve!,” you say. “I don’t know the first thing about growing microbes!”  And this is where I’d argue anyone who “knows” how to leave wet laundry in their washer and forget about it for a few days “knows” how to grow microbes.
I can’t give you a detailed recipe for growing microorganisms.  But try this:
Let your shredded, wrung-out bedding sit in a covered bin for a week (I am assuming you’re using an entry-level Rubbermaid bin).  Then add a couple banana peels to really get the party going and let it sit for another week.
I can’t tell you all of what’s going to grow in there, but I do know you ARE going to have microbes at the end of the two weeks.

Remember:  Sterility is for operating rooms, not your worm bin.

When your worms arrive, you’re going to want to check on them daily, if not hourly.  Believe me, I get it!  It was one of the toughest things for me to let my bin be just for a couple days, and I’m pretty sure my worms suffered for my curiosity. Preparing a bin properly well before your worms arrive will teach you ahead of time how to have a worm bin in your house without messing with it every day.  When it’s stocked with worms, the urge to mess with them may seem irresistible, but at least you’ve gotten some practice being patient.  Had I taken my own advice early on, I think my population growth would have been a little more impressive than it was at first.

How To Short-Circuit The Process

Find an existing living habitat, which can be compost, aged horse manure, or better yet, someone else’s worm bin!  Take several scoops of this goodness to inoculate your new bin with a ready made source of bedding, microbes, and maybe even some worms, babies, and cocoons.  If you are the impatient type, this is probably the best route for you to go.

Have you had any issues yourselves with rushing the process?  How’d it go?  Let me know in the comments!