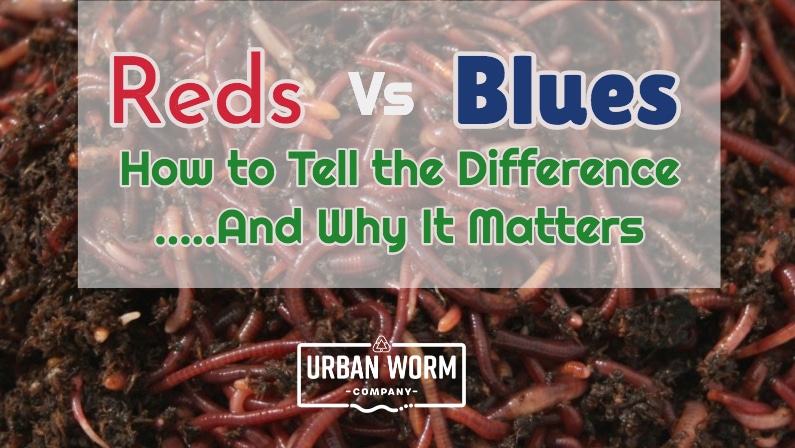 There are some surprising discoveries new vermicomposters will make as they begin their vermicomposting journeys.

Maybe it’s discovering that there are over 7000 species of earthworms and that only about 5 to 7 of them are any good at vermicomposting.

And maybe it’s learning that those red wigglers in their worm bin aren’t even red wigglers at all, but a different species altogether.

This article will explore the similarities and differences between red wigglers and a similar looking composting worm called the Indian blue. 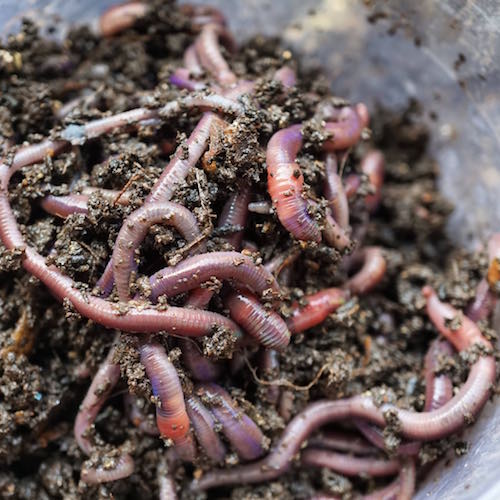 Red wigglers, aka eisenia fetida, are the most common composting worm in the world. Nearly any worm breeder who grows composting worms for sale sells this species, or at least intends to. (More on that later).  A small worm of the epigeic variety, the red wiggler is hardy and adaptable to a wide range of climactic conditions, and is the worm I recommend most vermicomposters start out with.

Indian blue worms, aka perionyx excavatus, are another epigeic, surface-feeding worm. “Blues” are similar in size to red wigglers and are also considered to be prolific composters; some say even better than the red wiggler.

At first blush, there’s not much to differentiate between reds and blues.

As mentioned above, both red wigglers and Indian blues are epigeic, surface-feeding worms who process organic waste above the topsoil and in very loosely-packed material like leaf litter and manure.

Of the nearly 7000 to 9000 earthworm species identified by scientists, these make up two of the seven species generally used in a vermicomposting environment.

There’s not much difference in size between the two species. Both red wigglers and Indian blues will reach a maximum length of 3 to 4 inches.

Thickness is similar too, with the red wiggler being just a little chubbier than a blue.

Why Do We Care?

Both red wigglers and Indian blues are excellent composters. They look similar. They eat the same things.

Well the first reason we care is that Indian blues are often – unknowingly or knowingly – sold as red wigglers. On principle, customers should get what they pay for.

But we should also care because one weird and potentially messy behavior that Indian blues exhibit from time to time.

We get to that below.

To the untrained eye, there is no real difference between the two.

But to the trained eye, there is no way to NOT see the difference as there are some subtle but significant distinctions in terms of appearance, movement, and behavior in certain meteorological conditions. 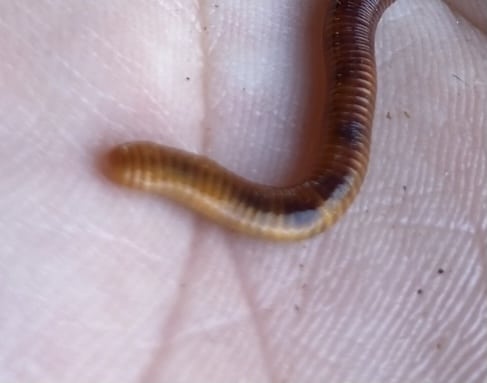 Red wigglers have a more distinct yellow banding pattern that terminates on their tail end with a concentrated yellow tip.

Indian blues, which really aren’t blue at all except for maybe an iridescent sheen, have the same banding pattern, but lack the vibrant yellowish coloring of the red wiggler. 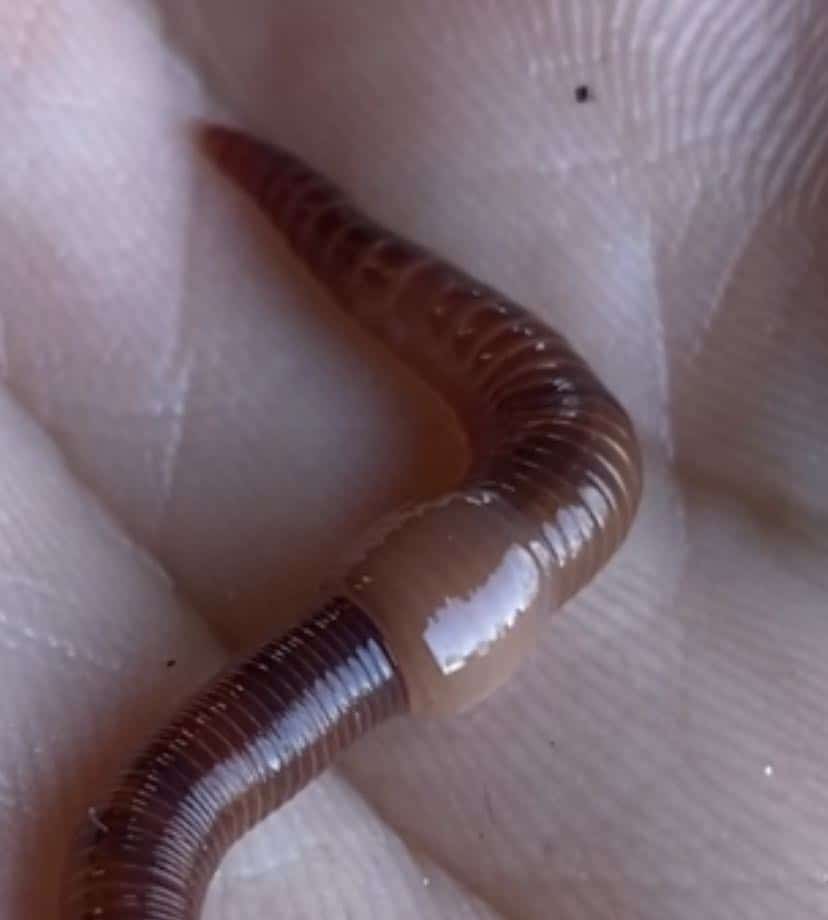 Probably the easiest visual “tell” of an Indian blue is the lack of a raised clitellum, the fleshy, body-encircling band that everyone associates with earthworms.

On an Indian blue, the clitellum is there, but it is flush with the body, closer to the head and less prominent.

One the the biggest selling points of the red wiggler is its tolerance for a wide range of temperatures, generally between 55°F-90°F.

The Indian blue, also known as the Malaysian blue, is a tropical worm and prefers warmer temperatures though I’ve seen blues survive the winters in my Philadelphia-based vermicomposting operation.

These worms simply move differently. The Indian blue exhibits more activity than the red wiggler, sometimes thrashing around in response to light or being handled.

The red wiggler is generally more…..chill.

The Indian blue will also become very elongated, seemingly doubling its own length, when moving along a surface.

THIS is why you care about whether or not you have red wigglers or Indian blues in your worm bin.

Many alarmed worm bin owners report that, all of a sudden, hundreds of worms began escaping what seemed like a happy, healthy worm bin.

Often, this “jailbreak” happens at the same time as an approaching thunderstorm. While we lack the technology to poll the worms as they leave the bin, we can only assume that the drop in barometric pressure that precedes a thunderstorm causes them to freak out, for lack of a better term.

Not all of the worms giddy up and go, but enough of them do that it’s alarming.

The escaping worms are usually….Indian blues. 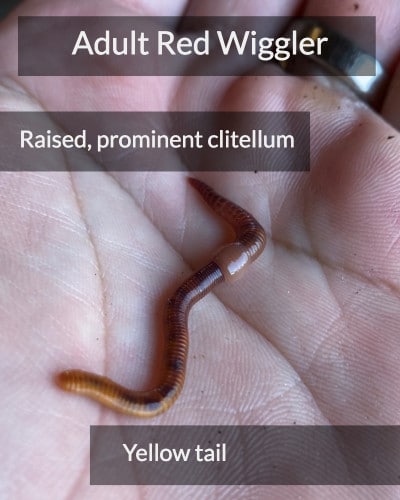 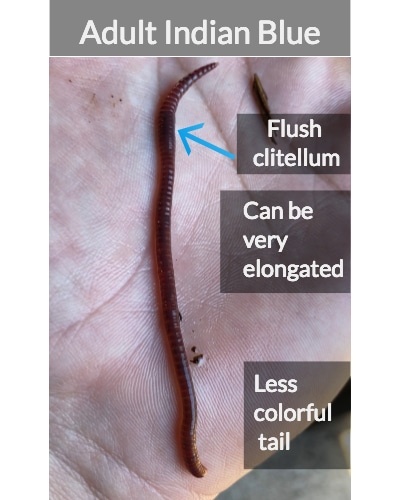 Why Do Growers Sell Blues as Reds?

The short answer is that maintaining species purity is difficult and most customers don’t know or care.

Within the knowledgable, hardcore vermicomposting world, a few large online sellers have a reputation for selling blues as red wigglers.

While it is likely never an intentional act, it may very well be a conscious one. (This distinction may not matter mush to an irritated consumer who learned they have a bin full of blues.)

But as someone who has attempted to do my own worm breeding, I sympathize with these sellers because it is damned hard to ensure species purity in a small operation, let alone a large one.

When considering an online purchase, you can often identify when a worm seller is unable to ensure species purity. Look for product titles like “red worm mix” or read the fine print for disclaimers about species purity.

But remember…..blues might be present in the shipment of worms regardless of what is found on the website.

If it’s true that Indian blues are more prolific composting worms, then there’s an analogy that I think is apt.

The red wiggler is like the Ford Taurus. Not the coolest, sexiest thing around, but probably appropriate for the widest range of people. If your kid got to choose their first car, then you’d probably be OK with a Taurus.

The Indian blue is a Jaguar; maybe a better performer but also more likely to cause you heartache. And you – and your insurance company – would not be thrilled with your 16-year-old bringing it home.

But from a purely vermicomposting perspective, both red wigglers and Indian blues are excellent decomposers and will provide you an excellent end product for use in your garden or agricultural endeavors! 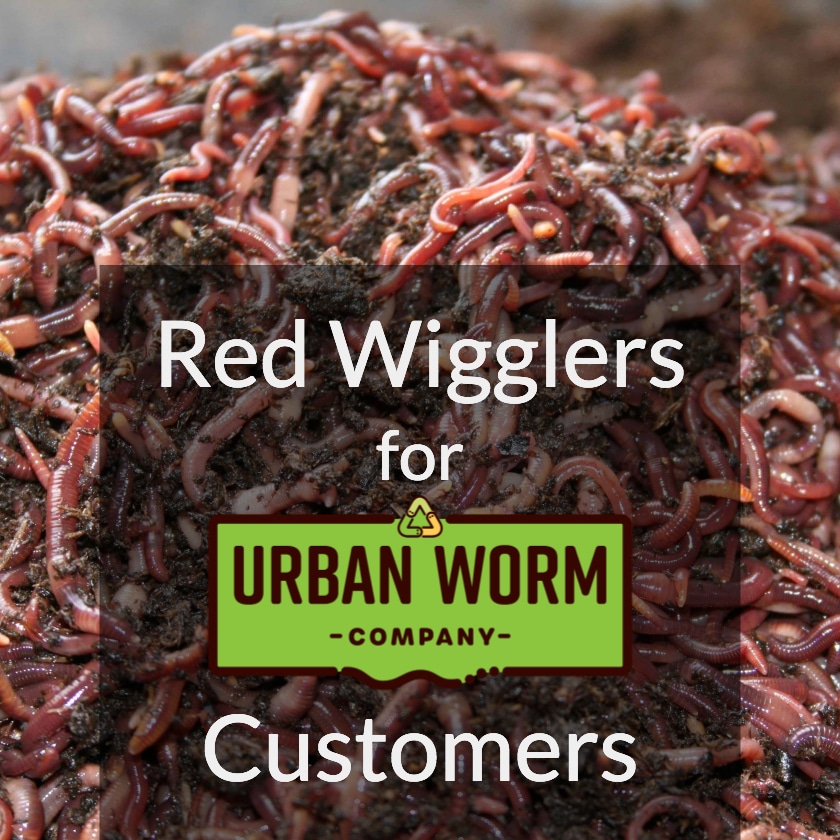 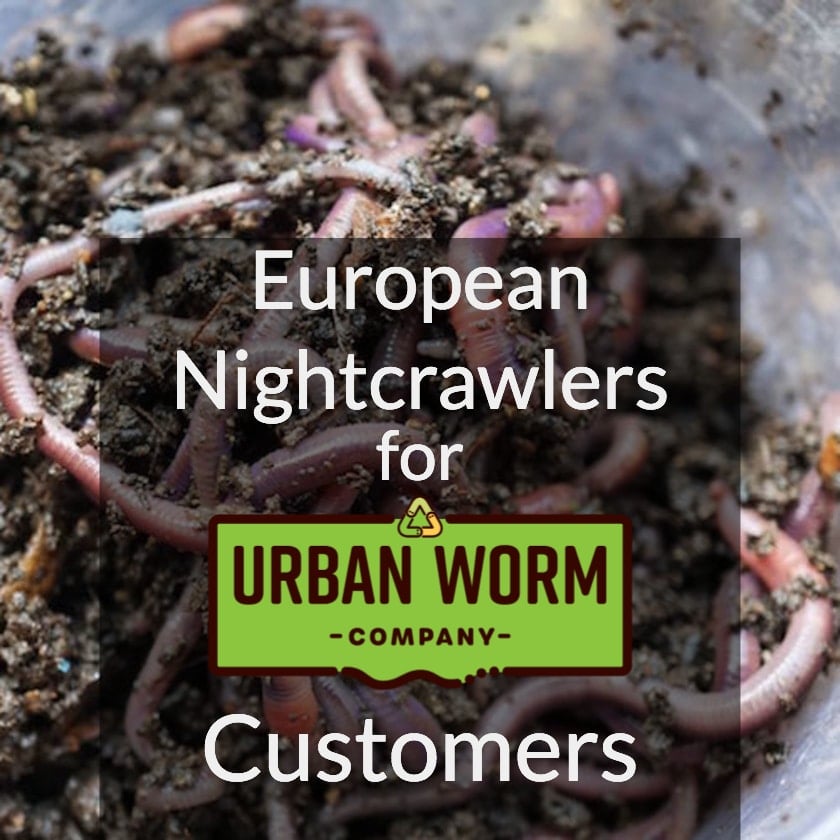