Apartment Composting: What Are Your Options? 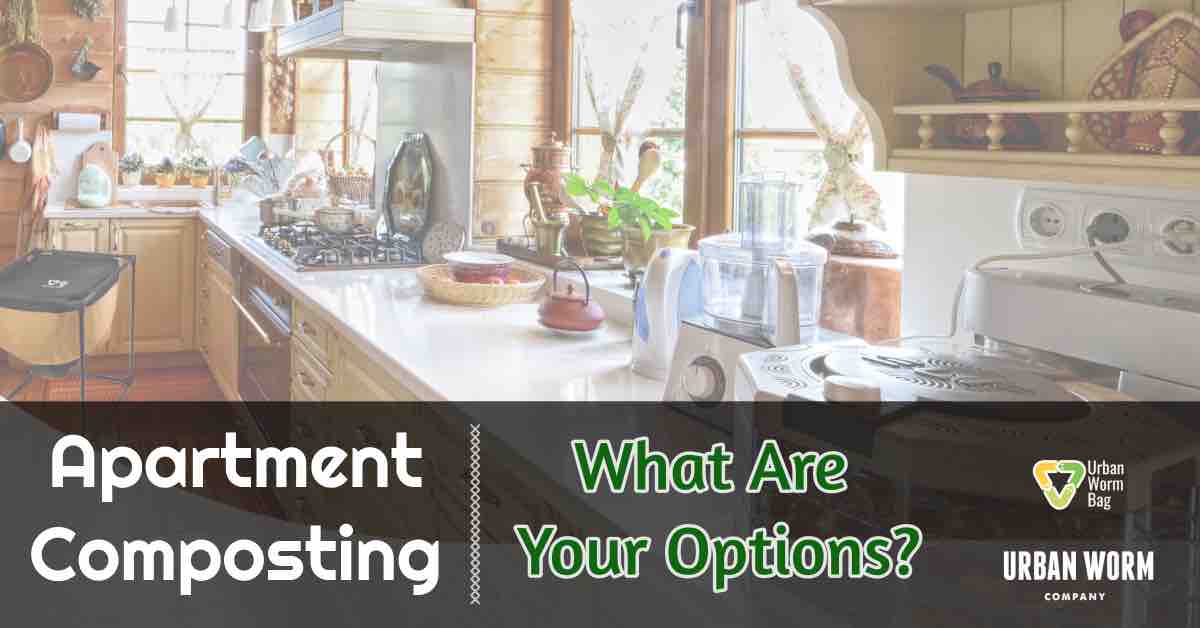 You’re an environmentally-conscious apartment dweller who wants to start composting, but you’re not blessed with a large backyard where you can toss your food waste into a huge pile of autumn leaves.

Such is the conundrum of the urban composter or anyone with space restrictions who wants to recycle organic waste.

Most smaller kitchen compost bins aren’t really compost bins at all, but are simply stylish ways to store food waste until you are ready to send it to the outdoor compost pile you don’t have.

You could subscribe to a curbside composting service to collect these food scraps. But if you are motivated by attaining a zero waste lifestyle, carbon-burning vehicle is likely required to collect your food scraps.

You could also purchase a fancy $700 electric kitchen composter that looks to have a capacity just larger than one gallon and has a 3-star review on Amazon. This probably isn’t ringing your bell.

Fortunately, the would-be apartment composter has two good options for recycling food waste in the apartment, condominium, or other space-restricted living space: vermicomposting and bokashi. We’ll talk about a third option, compost tumblers, as well. 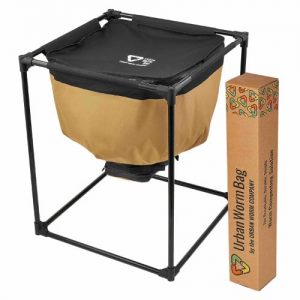 Vermicomposting, or worm composting, is the top option for food waste recycling (and alternative to hot composting) in your apartment or flat, as you employ a particular species of earthworm to consume decomposing food scraps, paper, and other organic-based household waste.

Done properly, worm composting is easy, odor free, and requires little space. And the end product is worm castings, a valuable, biologically-active soil amendment you can use to treat whatever you grow indoors or outdoors, whether it’s veggies, ornamentals, microgreens, or cannabis (if it’s legal in your state).

I manufacture the Urban Worm Bag, a fabric continuous flow worm bin that is perfect for worm composting food waste in apartment setting. You feed through the zipper top and collect castings through a double-layered  bottom opening that is closed by an interior fabric drawstring and an exterior zipper bottom.

You can either close the bottom zipper or leave it open to allow better airflow and an avenue for any excess moisture to escape at the bottom.

While the Urban Worm Bag is not tiny by worm bin standards, it will allow the home worm composter a wonderful option to process non-meat and non-dairy food waste created by the average household. With a 27-inch x 27-inch footprint, this bin works great in a laundry room, utility closet, or tucked away in  a corner. Smaller worm bins like the stackable plastic bins will take up slightly less space, but will also not process the same quantities of waste as the Urban Worm Bag. Just like the Urban Worm Bag, these worm bins leverage the worms’ tendency to migrate upwards into fresher food layers above, leaving worm castings behind in the layers below. These bins have perforated trays that allow worms to migrate freely….in theory!

However, I find that most users report that the worms tend to stay in the bottom layers and are pretty stubborn about moving higher. I have a theory about why this happens.

Most new vermicomposters tend to overfeed their bins, which also means their bins are going to be wetter than desired. Gravity takes hold of excess moisture, which works its way down into the lower trays. As worms tend to follow moisture, they also prefer staying in the wetter environment. The all-plastic construction of stackable bins is also conducive for trapping excess moisture rather than allowing it to evaporate.

If purchasing a worm bin is not in your budget, there are some really cheap ways to do it, and not take up much space. One is a simple Rubbermaid bin (make sure to drill holes in the lid or the sides to allow ventilation. Another interesting option is to stack several root pouches on top of one another like I detail in this article. Another option I’m a little less familiar with is bokashi, an anaerobic process that ferments organic waste. To compost using the bokashi method, food waste is pressed into an airtight container or bucket and a layer of bran is placed on top and left to sit for 10 days to 2 weeks while the organic waste ferments.

While the upside of bokashi is the ability to compost all kinds of organic waste, what remains is highly acidic and should not immediately come into contact with plants.

Apartment Composting Option #3: A Small Tumbler on a Balcony Assuming you have some sort of a balcony, you can use a compost tumbler to recycle food scraps. This may be the only viable option you in order to do hot composting on your apartment’s property.

But compost requires a 30:1 ratio of carbon-heavy brown material like dead leaves or shredded paper and cardboard to nitrogen-heavy green material like food scraps.

I see several potential problems with using tumblers on an apartment balcony.

I just think there’s normally not enough space in most apartments – and too many obstacles! – to make tumbler composting to work in a space-restricted environment. 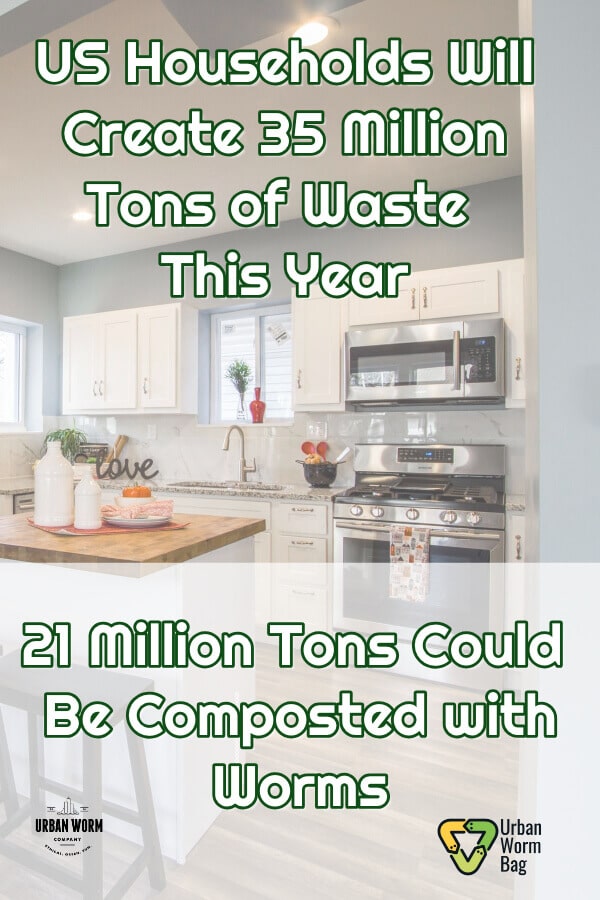 US households create 35 million tons of waste each year, 21 million of which could be composted or vermicomposted. But a growing percentage of the population is living in urban areas.

Composting this household waste in urban environments is going to be increasingly difficult without widescale adoption of vermicomposting, bokashi, or small tumblers mentioned above.

Large cities like New York are trying to encourage city residents to collect their own organic waste to place in curbside bins which are picked up by sanitation workers and taken to a central composting facility. Programs like this come with huge challenges, to include:

Despite a commitment to become Zero Waste by 2030, as of 2017, New York City was collecting just under 11% of the city’s organic waste. The rest isn’t even sorted, meaning the remaining 89% is going to city landfills.

They have now paused expansion of their urban composting program.

While public awareness of vermicomposting remains low in relation to composting, I maintain it is the most perfect solution for the Zero Waste apartment dweller. Unlike centralized programs, vermicomposting in the home requires zero public funding or infrastructure. The indoor temperatures mean that optimal conditions can be maintained year-round. You can use the worm castings immediately on any of your plants.

And it’s just plain fun to know the worms are at work recycling your organic waste!

If you’re successfully composting via vermicomposting or bokashi in an apartment or condominium, I want to hear from you! Either shoot me an e-mail or leave a comment below!

And you want to get started vermicomposting with the Urban Worm Bag, enter ZEROWASTE10 to get $10 off your Urban Worm Bag purchase today.