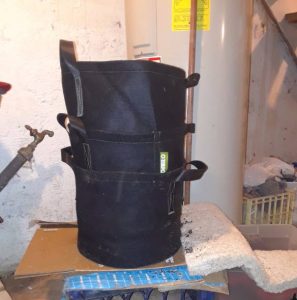 Have you wondered, “How can I start a cheap worm bin?”

Well a few weeks back, I asked my e-mail list that I affectionately (and maybe indulgently?) call “Urban Worm Nation” how they’re all doing their vermicomposting. I am constantly amazed at how people used old refrigerators, discarded industrial equipment, and good old ingenuity to come up with some really effective ways to start a worm farm for next to no money at all.

Now in full disclosure, I have a new worm bin in the works (Update: It’s the Urban Worm Bag!) that I will be announcing in a few weeks and I’m REALLY excited about it. But after the initial launch where I’ll be offering it for around 30% off, it’s going to be in the $100-$110 price range. And I fully understand that this could be beyond the price point many of you are comfortable with.

But a reader named Rachel in Duluth, MN turned me on to an incredibly cheap way to combine the breathability of a Worm Inn and the stackability of a Worm Factory 360. She ordered 3 felt garden grow bags and stacked them on top of one another, placing landscape cloth (like a wire mesh) in the 2nd one from the bottom. This provides some rigidity but also allows the worms to migrate upwards.

For the top bag, she opted not to use the landscape cloth but rather just cut slits in the bottoms of the bag. And I guess as I think about it, the rigidity isn’t really a factor as the weight of the bags kind of keeps things solid and in place. Another really cool aspect is that the felt for the bags is made from recycled bottles in most cases. Using recycled stuff to help you recycle is pretty cool, eh?

What I really like about this system is that it would do a great job of wicking away excess moisture through the walls of the bag. But because vermicompost needs to be pretty moist, a system like this may not work as well in arid climates like Arizona or New Mexico. As you can see, Rachel appears to be storing her worm bin setup in her basement, so I think the humidity is probably easier to keep in the optimum range this way.

Anyways, I was excited to try it, so I ordered and just took delivery of a 3-pack of these 9-gallon grow bags from Amazon for a measly $11.99 and am going to try this myself and hopefully post a follow-up soon! I sent a similar message to this one out to my e-mail list and being the savvy shoppers they are, many of them found even better deals than this! I checked around, and these things can be had for next to nothing on Amazon. 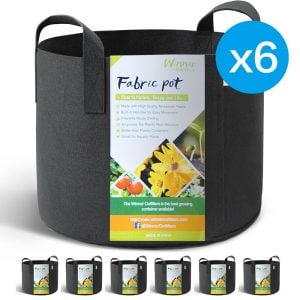 Now I did actually find that some readers went for the 25-gallon grow bags and that actually gets the cost down to 22 cents. While you get more surface area with a 25-gallon bag, you also get a whole lot more weight. At capacity, a 25-gallon bag would weigh somewhere in the neighborhood of 140lbs. And if you’re planning to stack these, that’s a recipe for some seriously compacted castings that will be difficult to screen if you decide to do so. Not to mention, your back may have issues lifting that kind of weight.

So if you give this a shot please let me know! I am not trying to sell this as a way to replace a high-quality worm bin, but it could be a nice cheap way to get yourselves a breathable worm bin system.