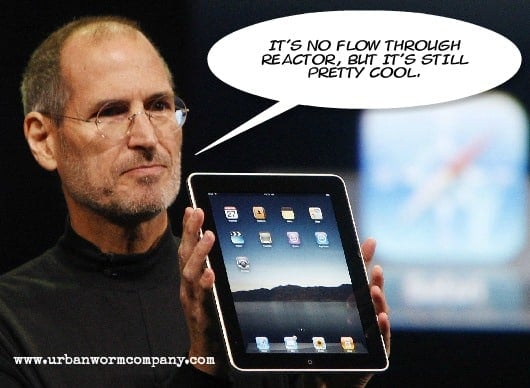 I have to admit, when I first heard about the book Vermiculture Technology, I was pretty skeptical of the title.  Technology?  Really?  Growing worms and feeding my food waste simply can’t be lumped in with 3D printing, space travel, or GPS navigation, right?  Technology for me was having the ability to use a telephone to take pictures or navigate me to the nearest Starbucks. It was about cruise missiles, CGI special effects, and cloud storage. Deeming the field of vermiculture and vermicomposting (which I will use interchangeably in this article) technological was an overstatement designed to sell books.

Then I stepped back and considered how I would characterize technology and it became clear how incandescently wrong I was.

Charles Darwin considered earthworms the most indispensible creatures on Earth, a fact that suggests that vermiculture is a long-known and archaic field. This is untrue. While raising earthworms for bait and animal feedstock has been an established industry since the early 1900s, the revelations about how vermicastings enhance soil structure and nutrient levels started to appear around World War II but only warranting rigorous academic research in the 1970s and early 1980s. In this regard, vermiculture is a newer technology than the Internet even if its adoption is still in its infancy. 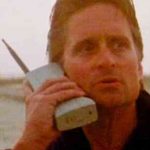 A cellphone of the kind Gordon Gekko used in Wall Street in 1987 gave you about 20 minutes of talk time on a single charge and set you back about $10,000 USD. Technological advances to include some amazing advances in microchip processing speed have driven that cost down into the mid-$100s and you get 6+ hours of talk time. And oh by the way, you also get a personal entertainment system, navigation, camera, and all the world’s information at your fingertips.

Granted, a worm bin probably won’t revolutionize your life in the same manner as mobile computing. But our greater understanding of the benefits of vermicomposting does reduce costs. Food waste is heavier than other household waste due to its water content and this weight makes it the most costly waste to send to landfills in the US to the tune of 1.3 billion dollars per year. Half of this food waste can be vermicomposted, reducing transportation costs. Of course, the resultant worm castings will save you a trip to the garden center for fertilizers produced in a much more costly – and environmentally stressful – manner.

It boggles the mind to consider how you can securely store data on a remote server that will synchronize that information with every device you own. But you don’t care about that because once you send that data to DropBox or iCloud, it handles it all for you.

You don’t need to know exactly how the microbial soup necessary for vermicomposting works. You just follow a few basic guidelines pertaining to moisture, temperature, and aeration, and the worms, more or less will handle disposing of your food waste. The worms don’t care if you’re a microbiology major or a high school dropout.

Be honest. Many of you roll over in the morning and check your cellphone, farting around on e-mail or social media before starting your day. You probably e-mail rather than write letters to send by snail mail. You don’t visit Blockbuster anymore thanks to video streaming or DVD subscription services like NetFlix. This wasn’t the case 20 years ago. 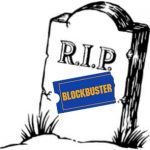 Now unless you were a Mary Appelhoff-like pioneer, you probably didn’t collect food waste to feed worms as a daily habit either. (And the main reason for giddiness around Halloween was the candy, not the prospect of your wigglers binging on your old pumpkins.) The vermicomposting bug changes the way you dispose of trash, raise your awareness of food waste and may even give you greater frugality when buying that food in the first place.

I admit to a certain snobbishness behind my skepticism of the technological nature of vermicomposting and vermiculture. Worms are so simple, how could their use be technological? But the fact that the Earth’s year-round temperature just a few feet below its surface is extremely simple too. But I don’t sniff at the technological marvel of how we exploit geothermal energy to heat and cool our homes with mind-blowing efficiency. I’m also pretty impressed that we harnessed the power of the atom to produce nutso amounts of energy, for both wonderful and destructive purposes. Just like the atom and geothermal heat, the composting earthworm is an already existing part of nature. It just took some smart people to figure out how to make them perform for our purposes.

So yes, vermiculture is a technology. And your humble blogger is chastened for ever considering otherwise.