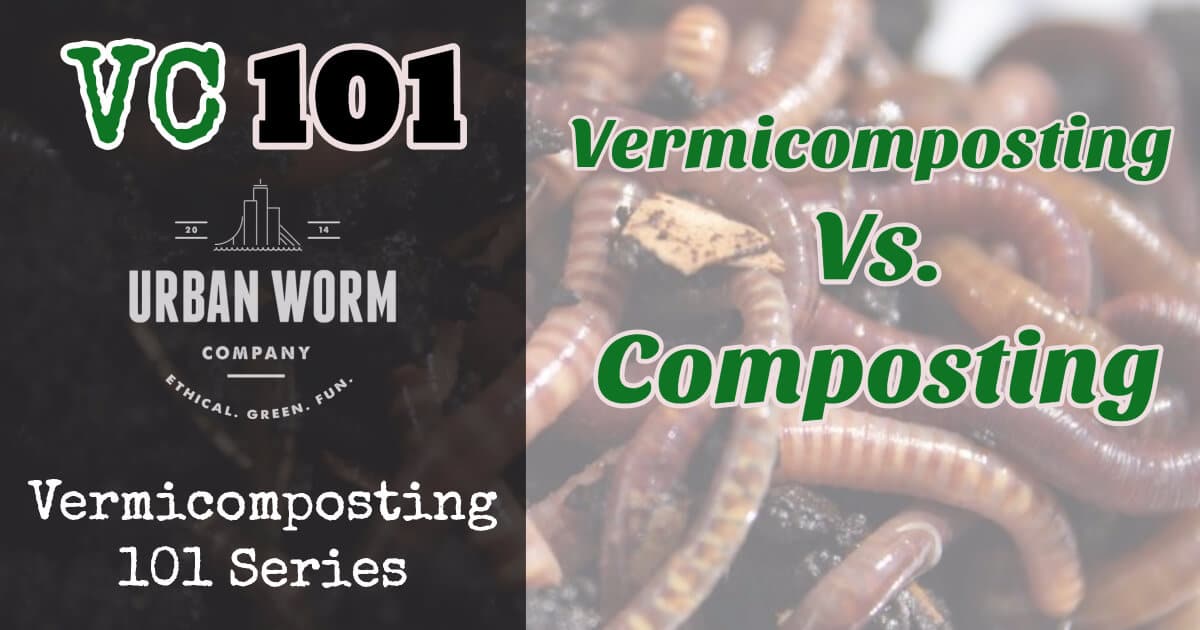 Probably the most misleading thing about vermicomposting is that it includes the word “composting.”

Wikipedia tells us compost is “organic matter that has been decomposed and recycled as a fertilizer and soil amendment.”

And while that is a fitting description of vermicompost as a product, it might send the wrong message about vermicomposting as a process.

This leads to some pretty bad outcomes to people who treat composting and vermicomposting as the same thing. These outcomes include:

Note: This article is part of a “Vermicomposting 101” series of posts aimed at helping the beginning vermicomposter. The read other “VC101” articles on how to start a worm bin, how to choose worm food, how to maintain moisture, and the differences between composting and vermicomposting, please visit the Vermicomposting 101 section of this site!“

What Are the Differences Between Composting and Vermicomposting?

Composting: Compost piles are typically hot as the aerobic breakdown of organic matter releases carbon dioxide and heat, resulting in piles than can top 150°F. This is good because the heat can kill the pathogens present in your compost input.

Vermicomposting: Composting with worms is a necessarily cooler process with temperatures ranging between 50-90°F. The downside to less heat is that vermicomposting will not kill as many pathogens present in the food waste, manure, or whatever you’re feeding your worms. (While studies show vermicomposting *does* kill some pathogens, it is not as effective as thermophilic composting which kills most pathogens.)

One caveat here!  Worms can move into a cooled compost pile, which is good.  Conversely, hot composting can take place in worm bins that have been overfed….bad!

Microbial Populations in Compost vs Vermicompost

Composting: Since traditional compost piles can get hot, they are dominated by thermophilic (or “heat-loving”) microbes that can thrive in those temperatures.

Vermicomposting: Much faster. A vermicompost bin can become “finished” and ready for harvesting in as little as 8-12 weeks.

Composting: Again, the depth of compost piles necessitates that they be turned in order to ensure all input materials get processed. You can use rolled chicken wire or landscape cloth to create “chimneys” to help oxygenate the insides of a compost pile, but they will still require some amount of turning.

Vermicomposting: These magical worms actually do your turning for you!  And because vermicomposting bins are relatively shallow, turning is not required, especially in continuous flow-through digesters!

Composting: Because hot compost piles are deep, you typically don’t need that much space for a given volume of compost.

Vermicomposting: The epigeic earthworms used in vermicomposting do not burrow and will only work the top 6-12 inches of material, so available surface area, not depth is the limiting factor.  You can get creative and stack your bins or devise a way to make the most out of your space, but as a general rule, vermicomposting does not lend itself to processing massive amounts of waste at one time.

Cost of Composting Vs Vermicomposting

Composting: Composting is cheap!  Just find a surface you don’t mind using for composting and just start layering on your browns and greens.  Nothing to it.

Vermicomposting: Vermicomposting isn’t expensive, but you do have to buy the worms and a bin unless you want to make one yourself. While this doesn’t necessarily cost anything, there is a requirement to protect your worms from extreme elements, which means going through the hassle of reserving space and the possible expense of heating or cooling your vermicomposting area.

Financial Value of Compost vs Vermicompost

Composting: The compost itself is cheap too! You can often get it for free from a local municipality for no more than the cost of delivering it.  I get 5 yards for about $30 from my township.  You can buy some higher quality stuff, but rarely more than $30 for a single yard.

Vermicomposting: Vermicompost has a much greater financial value.  And depending upon the quantity, region, and season, you can pay (or receive!) $300-1200 per cubic yard for it. (Selling in bulk obviously occurs at the lower end of that range.)

Check out worm castings made by the Urban Worm Company!

When it comes down to it, vermicomposting is a physical process under moderate temperatures using techniques dictated by the limitations of the worms’ burrowing and eating capacity and tolerance of environmental conditions. It is best suited for faster processing of smaller quantities of waste.

Composting on the other hand, is a more chemical process, occurring under high temperatures and not bound by limitations on depth. And while hot composting is slower, it is better suited to processing large amounts of waste.

So don’t let the name fool you!  And don’t let your neighbor toss Red Wigglers into a hot compost pile! 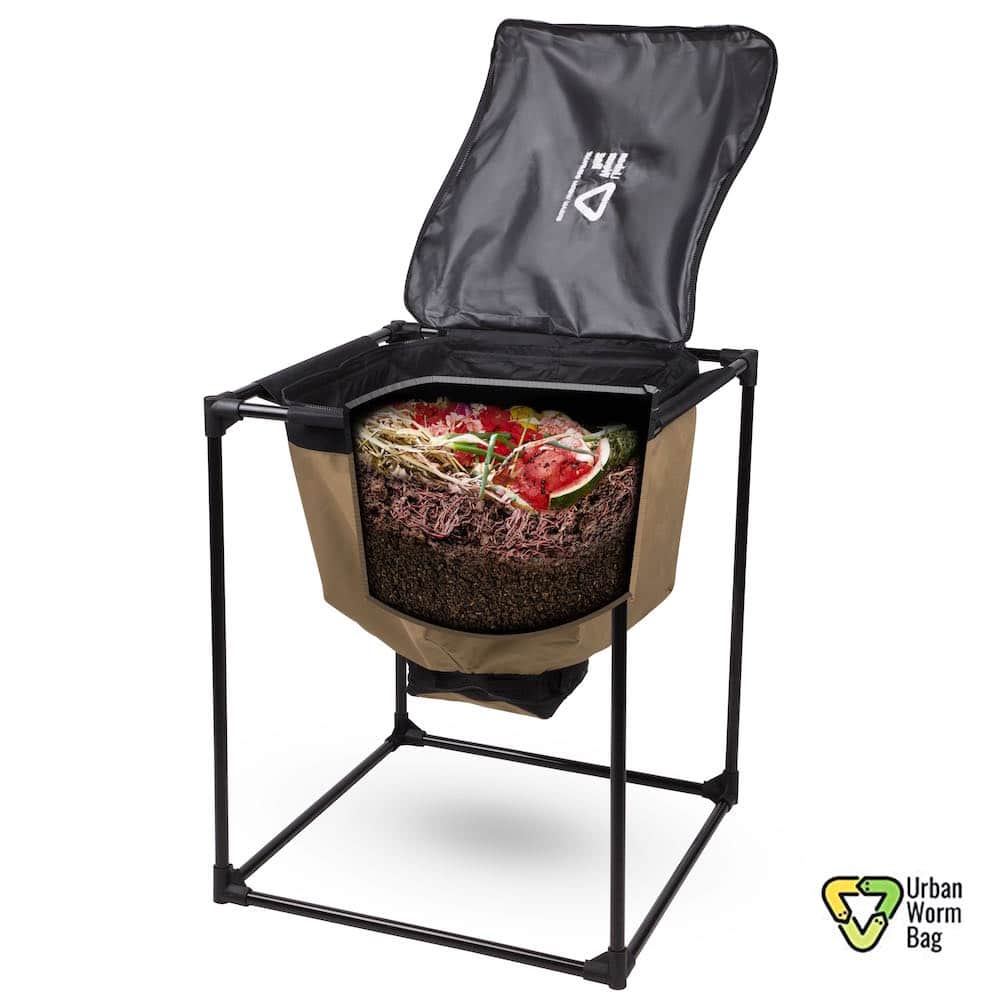 If you’re ready to get going and start vermicomposting at home, at work, or in school, I’d be thrilled if you checked out the Urban Worm Bag, an attractive bin with a breathable flow through design, manufactured by the Urban Worm Company!