Do You Sell Worms? Then Stop Giving Them Away. 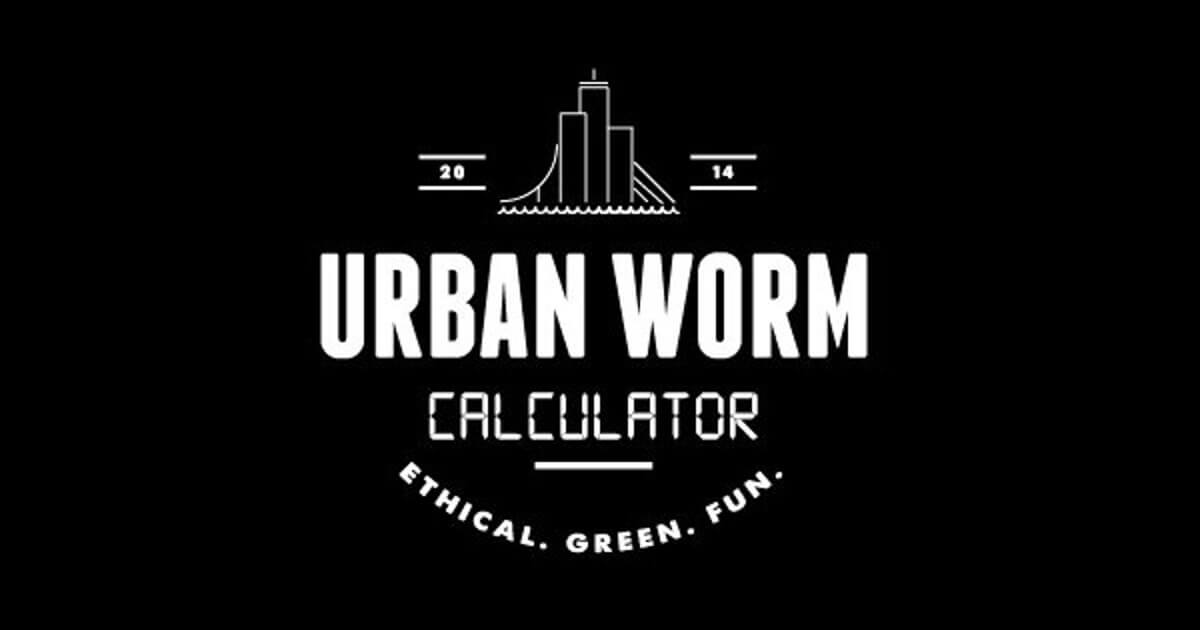 Having run some numbers in the Urban Worm Calculator I’m developing, I’ve found some truly amazing – and disturbing- numbers about what happens when you start selling your worms too early.

In short, it destroys the potential growth of your worm herd and the financial worth you attach to it.

We’re going to use some example numbers here in a minute to illustrate my point. And I fully expect that once you see how you will harm your own business future by selling 5lbs of breeders now, you’ll become a worm miser, the stingiest guy on the block. You will be the Ebeneezer Scrooge of worm growers.

But first, allow me to explain how the Urban Worm Calculator comes up with its numbers.

This worm-o-meter works by assuming a monthly reproduction rate that compounds daily, which means that a 10% monthly reproduction rate gets you more than 10% growth at the end of the month since in reality the worms were constantly reproducing. So that 10lbs you had on June 1st didn’t just gain 10% on June 30th and become 11lbs. Rather, it became a teeny bit more than 10lbs on June 2, a teeny bit more on June 3, and so forth.

(I failed hi skool algebra so that’s about as clever as my math gets.)

It also allows you to tell it how many worms you expect to harvest in a given month, what percentage of them will die, and how much space you have to grow your stock so it can notify you when you’ll run out of room.

Let’s Try It with Real Numbers

Suppose you’re a budding worm tycoon and you have a breeding stock of 10lbs of red wigglers starting today, June 26 2015. And if you follow the conventional wisdom that your worms will double every 90 days, that comes out to about 25% growth every month.

But just as you were pricing out the latest Tesla Model S, your Aunt Millie stops by asks for a pound of worms because she heard worm castings were great for her tomato plants .

Except now you won’t have 205 lbs of worms next year. You’ll have 20 lbs less than that.

You read that correctly.

Fast forward a year, that one little pound you gave Aunt Millie cost you 20 lbs worth of worm growth, or $400 worth of inventory.

Wanna see some really nutso numbers? Let’s assume you’re playing the long game, have lots of space, and plan to grow your stock for the next 2 years before selling them.

Your kindness to Aunt Millie two years ago — who probably killed your red wigglers by tossing them in her garden — cost you 407 lbs of worms you could have sold for $8,139 dollars.  And if you crank your monthly reproduction rate up by a measly 5%, the result is really going to make you want to vomit.

You must really love Aunt Millie.

Economists call this phenomenon “opportunity cost,” where a choice today can – in unprofessional terms – really screw you tomorrow. Even if you sold your worms, the opportunity cost is huge.  And the higher the monthly reproduction rate, the higher that cost is for you.

And speaking of reproduction rate, Bentley Christie at redwormcomposting.com has a great blog post on the “double every 90 days” rule of thumb. If you assume known rates of cocoon laying and hatching, you’ll quickly find that number is bunk.

Your worms should grow much faster.

I have to admit to you, I am not sure I would have done the interview with Bentley. The information is that valuable. And following George’s method is well within the reach of home gamers like you and me.

Now George never cited a specific reproduction rate he gets but you can reverse engineer the raw numbers and come up with your own. I’ve done it several times and keep coming up with a rate that is many, many times higher than that.

In the next installment, I am going to go into what I think may be the most useful information the calculator can give you as a worm farmer. Specifically, how many worms can I harvest without doing damage to my future population growth? We’ll also talk about something called a Sustainable Harvest Goal and roughly when the Urban Worm Calculator says you will reach it.

Until then, the lesson here isn’t that you shouldn’t share a pound of worms with Aunt Millie.